The secret is out...

For awhile now I've been purposely vague about a freelance job I've been working on, but out of the blue I received an e-mail from Rob Allstetter who runs the Comics Continuum web-site.. He was asking specific questions concerning this freelance project and I suddenly had to review all my past posts, etc to see if I had mentioned the specifics without realizing it. As it turns out I hadn't. I had kept my mouth shut (an unusual feat if you ask anyone who knows me). Apparently he had done some sleuthing on his own and discovered the childrens books I had been working on listed on Amazon. This shocked me as I hadn't even thought about them being listed - especially since they hadn't been completed at that point.
Well now that the cat is out of the bag I might as well admit it - since I can't be the first to announce it. I designed and did the art for three X-Men 3 children's books for HarperCollins (two full color storybooks and one coloring book)and my friend Boyd Kirkland worked on two others. Here is Robb's article about it on his Comics Continuum web-site.

If you're interested in buying them you can go to Amazon.
Beast Chooses Sides

I had a friend Topper Helmers do the Background designs for me and my son Eric did all the color. I saw the books in PDF format and they definitely turned out pretty damn nice. And it was a lot of fun - not something I can say about every freelance job I work on. 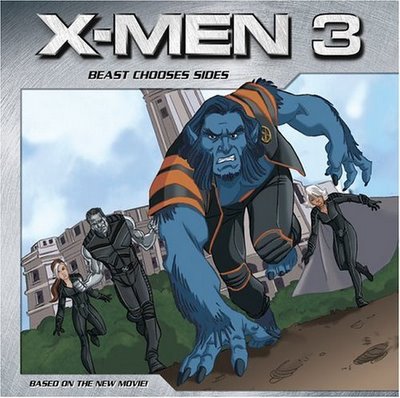 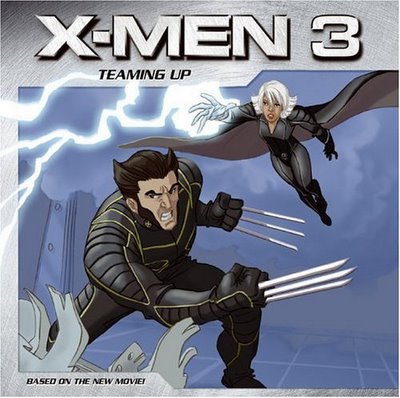 These are the two covers I designed. One was for one of my books and the other was for one of Boyd's books. There are two different types of books (besides the color and activity book) and they wanted the covers to the similiar formats to be the same.


Robb's pretty good, but the one thing he doesn't know is what the new freelance job I'm working on is. That one shouldn't be listed on Amazon for a little while longer.
Posted by Unknown at 9:17 AM 7 comments:

I bet everyone's assuming I'm either in Japan right now or I've just returned. Nope...I still haven't left for Japan yet. I was originally scheduled to leave early last Saturday morning until someone asked the all-important question: "Don't you need a Visa to go to Japan and China?" Well, it turns out you don't need a Visa for Japan, but you do need one for China. Apparently to get this important document you have to also have an invitation from someone (in this case it'll come from the animation studio I'll be visiting), an itinerary, photos, your passport and most importantly -- time to apply. We found a web-site that promised a quick turnaround, but unfortunately that would now put my arrival in Japan just in time for Chinese New Year - or so close to it that I would have very limited time to visit both the Japanese and the Chinese studios.
So instead of my rushing around like a headless chicken everyone agreed it was better to postpone the trip until after the holiday in the first week of February. This will probably work out better in the long run anyway because now I'd have had a chance to look at all the take 2s on The Condor before going over there.
I know this wasn't very exciting for anyone except maybe me and my family, but I thought I owed some sort of follow-up to anyone reading.

In the meantime here's a couple of drawings that some of you might find interesting... 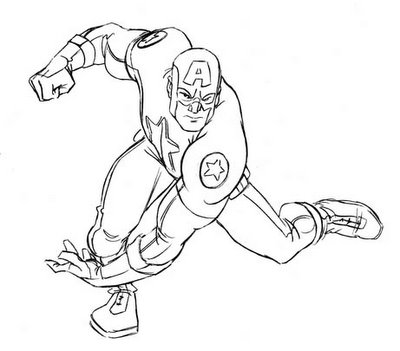 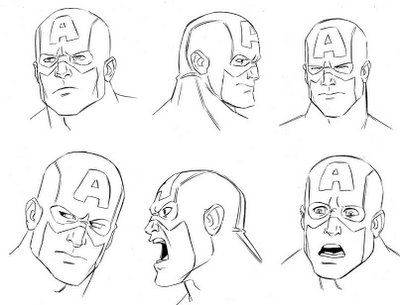 Well, I'm off to Japan and China next week to meet with the overseas studios on the Stan Lee Presents.. productions. I'm going there to check how things are going and to see if I can catch any possible problems befre they get too far along. In theory. Either way it'll be an interesting trip sine I've never been to either place before. And I love Sushi!!
In the meantime I thought I'd post a couple of images I did of the Crimson Avenger. He's been described by several sources as DC's first masked super hero. It sounds like he was intitally DC's version of the Green Hornet. I guess he even had an Asian sidekick. 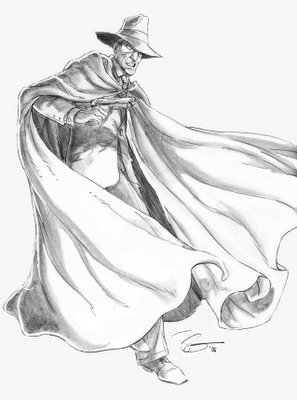 Later they created a more 'superhero' version of him in spandex. I kinda like the older caped version myself. 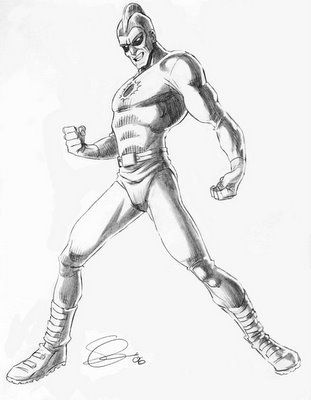 I haven't had much time recently just to draw for fun, but now that the post production on The Condor has temporarily slowed down a bit and the books I'm working on are being painted by my son I thought this was as good as time as any to do some drawing. I don't know much about this charcater, but the drawings done by Terry Dodson have always intrigued me. So I thought I'd try one of my own. 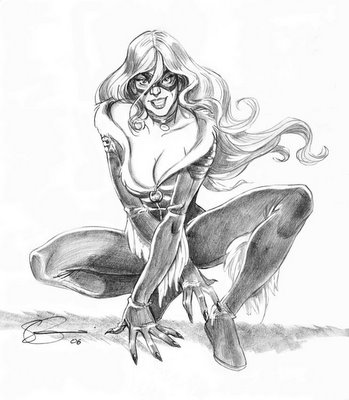