Instead of posting my drawing choices today for Fan Request Friday, I thought I needed to devote a little space and time to the passing of a great producer, director, writer, storyboard artist, collaborator and friend, Boyd Kirkland.
If you haven't already heard Boyd passed away several days ago after a long battle with pulmonary disease. He was too young to go and he still had plenty more to offer. Even though it wasn't completely unexpected all that knew him and worked with him will feel the loss. I also suspect that all his fans will miss him as well. 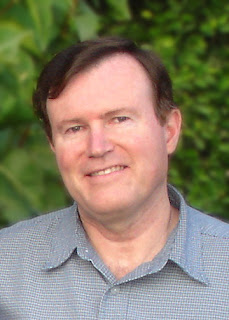 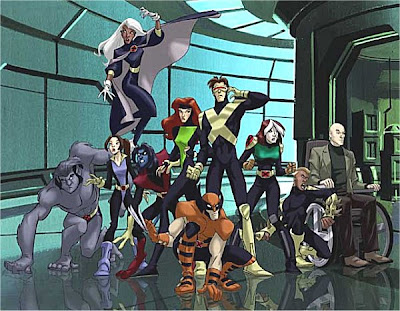 Boyd and I worked together often over the years. Sometimes he would hire me to work for him and sometimes we would work side-by-side. On every project I always admired his dedication, his creativity, his sense of art direction and his willingness to let others do what they do best. It was always a pleasure to work with him.
When he hired me to work on X-Men:Evolution everyone was initially worried that this would turn into something akin to an "X-Men Babies" type of show. Thankfully that wasn't the case and he tirelessly worked at  keeping the integrity of our re-imagined X world viable and solid. During XME Boyd, and all the directors  would spend almost every lunchtime discussing story ideas and ways to improve the show. Many of what I consider to be the best ideas for the series came about this way including the Logan and Capt America WWII teamup and the re-imagining of Wanda, the Scarlet Witch.
It wasn't until a few years ago that he realized just how many fans XME really had. A couple of years ago at SDCC when we were sitting in the audience for a panel for Wolverine and the X-Men (the new show we were currently involved with) a couple of fans recognized us and came up to sing XME's praises. He seemed stunned that we'd been recognized and he hadn't realized the impact that the show still had on fans. One of the most beloved XME episodes was all due to Boyd. On Angel's Wings was not only produced by Boyd, but it was also written by him.

Shows that he produced always had a lot of heart and character in them and I was always proud to be involved with them. This last year he was still busy directing on the second season of The Avengers - Earth's Mightiest Heroes and I was glad I could work alongside him one more time.

Most important of all, Boyd was one of the good guys and a good friend. I'll miss him
Posted by Unknown at 2:19 PM 4 comments:

...for right now, but I'm starting to see some daylight at the end of the tunnel finally. The drawings for Fan Request Friday are still in process and should be done soon, but in the meanwhile I thought I'd give everyone a treat and post the inked and painted version of a drawing I did (you can see my pencil drawing here: http://stevenegordon.blogspot.com/2010/11/from-past-to-future.html ). This was inked and painted by the fantastic Francesco Francavilla, which seems very appropriate since I based my drawing on an idea Francesco had that he posted to a  ComicTwart, a blog which, if you haven't checked out already, you really need to get over there right away. 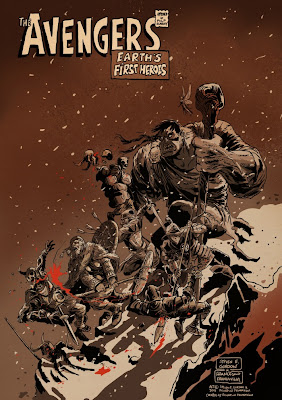 It seems that as soon as some plates are done spinning there are immediately others to take their place. Right now, I still have quite few them on poles spinning away, but I'm hoping that it won't belong before it settles down to just 3 or 4. Ahhh, but to dream.

Anyway, here are my choices (late again) for Fan request Friday. The first is the Black Panther, character that I actually had a chance to do models of previously for the Ultimate Avengers 2 direct-to-video, but I was never happy with what the end results. So when he was suggested by my good friend Francesco Francavilla (who is currently working on some Marvel comics featuring him)it seemed like a good opportunity to take another crack at T'Challa. This time I decided to go pretty simple and stick with the basic panther look. I like this better than my other version, but I'm still not sure this is THE way to go with him. Oh, well. I thought I'd also move him from Wakanda and into Hell's Kitchen.

Red Sonja has appeared on the request list numerous times before and I often debated doing her, but since so many had in the past it seemed somewhat futile to try a version of her. Well, I finally decided to give it a go after there were three requests for her last Friday.

And the last is someone new to the list and someone who's been mentioned many times before. In case you couldn't figure it out, Teela is the newbie. I thought I'd push both Teela and She-Ra to work somewhat with my version of He-man that I did earlier.

This month is turning out to be very busy for me. When it rains it pours, but I'm not complaining. There have been times (2009, yeah, I'm talking to you) when work was pretty thin so I usually take any work that's offered unless their many deadlines overlap too much. It's just a matter of keeping all those plates spinning. I go from one project to the next doing a little work on each to make sure they all move along and when their respective due dates come near I hit that particular project a little harder and longer. Unfortunately several of those deadlines are starting to come up very near one another so the plate spinning has gotten a little more extreme than usual.
All of this is explanation for why last week's Fan Request Friday's drawings are just now being posted. I know I don't need to apologize and I appreciate everyone letting me know this, but still the guilt remains. Must be a Jewish thing.

So this week I only tackled two drawings (and a third which I'll reveal sometime later that was a commission).
The first is the Lone Ranger and his friend Tonto. With the premiere of the Green Hornet  movie coming up soon it seemed like a good choice. If you're not sure what I'm talking about then it's time to go to Google and do a little research. I decided to try a little more of a realistic take on these two instead of the typical singing cowboy look that is the standard. Not sure it works, but it's close to what I had in mind.

The second is a character I am only barely familiar with but I was looking for something that I could do quickly and and was a a little on the cheesecake side of things. Keeps it interesting for me - and I hope for you too. So here is Namora. After I scanned the drawing I realized that I had forgot to add any water effects, but I was already onto the next set of plates that needed spinning so you'll just have to imagine that she's swimming.

I'll be curious to see if either these get removed by Photobucket and I'm also curious who is complaining about the drawings that do get removed...
Posted by Unknown at 6:36 AM 2 comments: 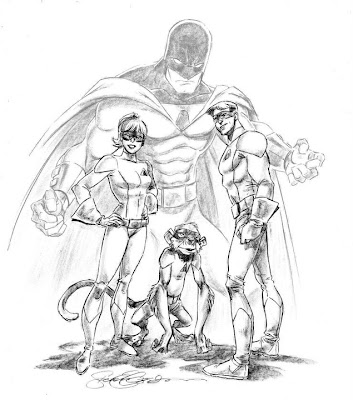