By the end of this week I will hopefully know about a new job situation as I finish off another (more or less). So I thought I'd toss another commission out there for all of you to enjoy. So enjoy... 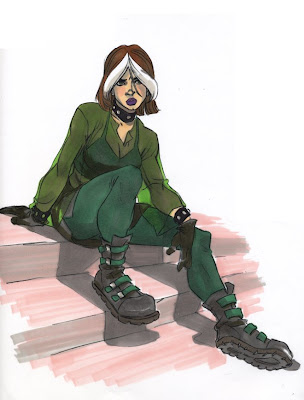 Requiem for a Rocketeer... 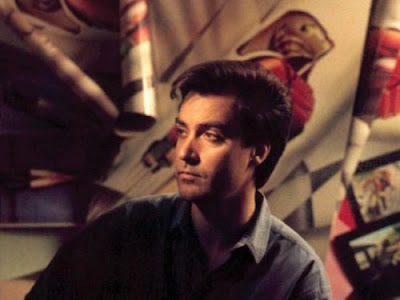 Here's a few more links concerning Dave Stevens: an obituary and a pretty thorough article (though evryone seems to miss the period That he spent at Filmation where we worked in an office together along side Russ Heath and just around the corner from other great artists like Mel Keefer of Rick O'Shay fame) and a place where you can go to leave a note (or longer) at the the official Dave Stevens web-site and a place you can make a contribution to help fight Hairy Cell Leukimia - I just did.
Posted by Unknown at 6:31 AM No comments: 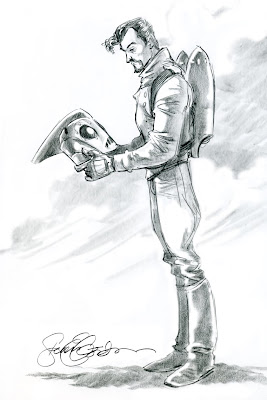 This morning I checked in on one of the blogs that I check daily and was shocked to read the news that Dave Stevens of Rocketeer fame had died. I'm going to post a link to Mark Evanier's blog as he is a much more capable writer than I and sounds like he probably knew Dave much better than I did. Please feel free to go read his thoughts.
Shocked doesn't quite cover what I felt when I read about Dave's death. I'd known Dave since my days at Filmation when we shared a room together while doing layouts on The Lone Ranger. Not only was Dave a wonderful guy with a great sense of humor, but I was astounded by the level of his talent and quite envious. We'd fallen out of contact with one another after I'd hired him to help with Teegra on Fire and Ice. Just recently we had got together again, about three or four years ago, after we hooked up at the last Comic-Con in San Diego that he had a booth. We had lunch and it was like we'd stayed in contact the entire time.
I had last spoken with him to raz him about not showing up to the last Comic-Con when they had scheduled a pannel with him. One of my sons and I waited in the audience of the panel before his (coincidently that panel was with Mark Evanier) for him to show and it slowly became apparent that he wasn't going to show. On that phone call we had made plans to have lunch and those plans unfortunately fell through for one reason or another. I feel bad I never got around to rescheduling.
Posted by Unknown at 12:46 PM 3 comments:

I thought I'd let you all see how that comission of Wanda turned out. A little bit of self promotion...

...yeah, as if this is the first time I've used this blog for self promotion. Actually I was asked to give an interview and thought that not only would anyone coming here might like to read it, but you also might like to check out the blog where it's posted. It's called the Designer's Depot.

And since you were kind enough to return here again I thought I'd let you see a commission I finished a short time ago.