...Jim McClain and Blaze Rocket who correctly identified the original inspirations for the character designs for three of the X-Men: Evolution characters. Jim correctly guessed Rogue was inspired by Xenia Seeberg from Lexx and Wanda was inspired by Fairuza Balk of the Craft and Return to Oz. Blaze Rocket correctly identified BoomBoom's original inspiration as singer Gwen Stefani of No Doubt fame


For all their effort I promised to do a drawing of a character of their choosing. Blaze Rocket chose Wanda and Jim asked for a drawing of Jean in her normal uniform and what she would look like if she had ever turned into Phoenix on X-Men: Evolution. Before the questions or misunderstandings start I want to make clear that this design is just something I came up with to respond to Jim's request and was not something that was ever considered all those years ago on XME 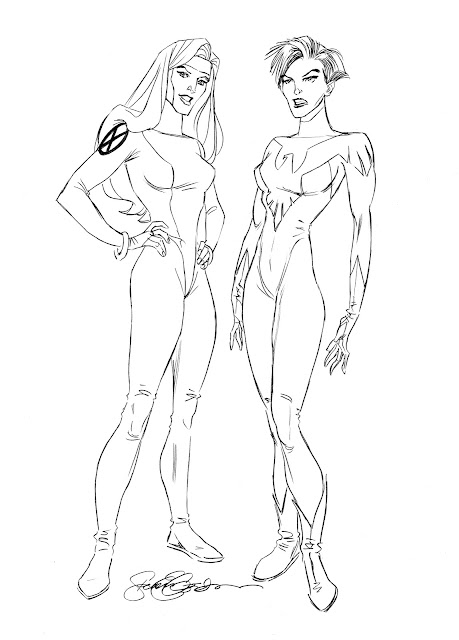 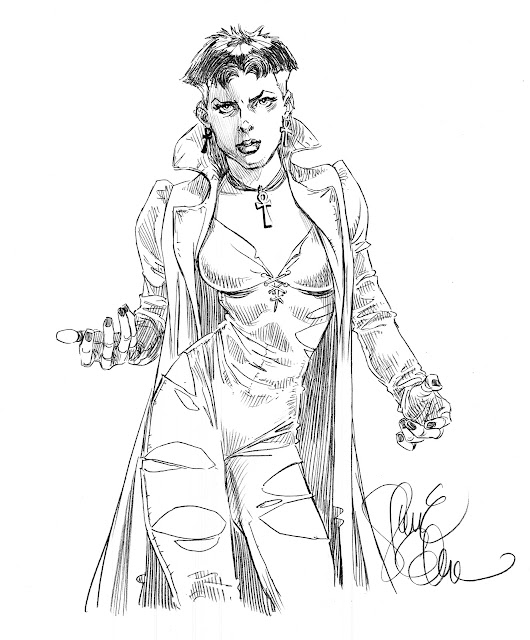 So congratulations and thank you to Jim and Blaze Rocket for playing along. I might try this again sometime in the future since there were many more characters that were inspired by celebrities in XME as well as on The Ultimate Avengers.
Posted by Unknown at 6:49 AM

Oh wow. Both pictures are so great! I like what you did with the Phoenix character. Wanda is, of course, as beautiful as ever. I really like the shading you used on her, too! Thanks so much!!

Fantastic! Thanks for doing that!